The brief for this invited competition project called for a landmark mixed use scheme at the heart of the historic town centre. The accommodation consists of office, retail, hotel, spa and restaurant space.
Key themes of the proposals included developing a strong and distinctive skyline, high quality public realm space and careful attention in relating to neighbouring buildings in particular the Town Hall. The appreciable slope on the site has been addressed through a series of stepped pavilions with attics above. The design is crowned with a new public facility – an observation terrace and ‘camera obscura’ which reinstates an historic device originally installed in the 18th century to exploit the dramatic typography of the town. 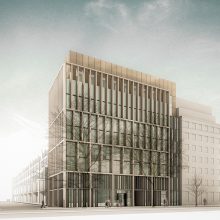 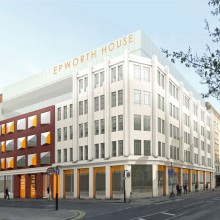 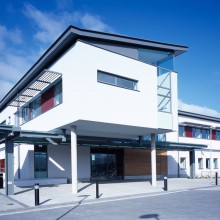